Jeff Ament released a new EP titled American Death Squad and a video for the track The Divine Perfume. 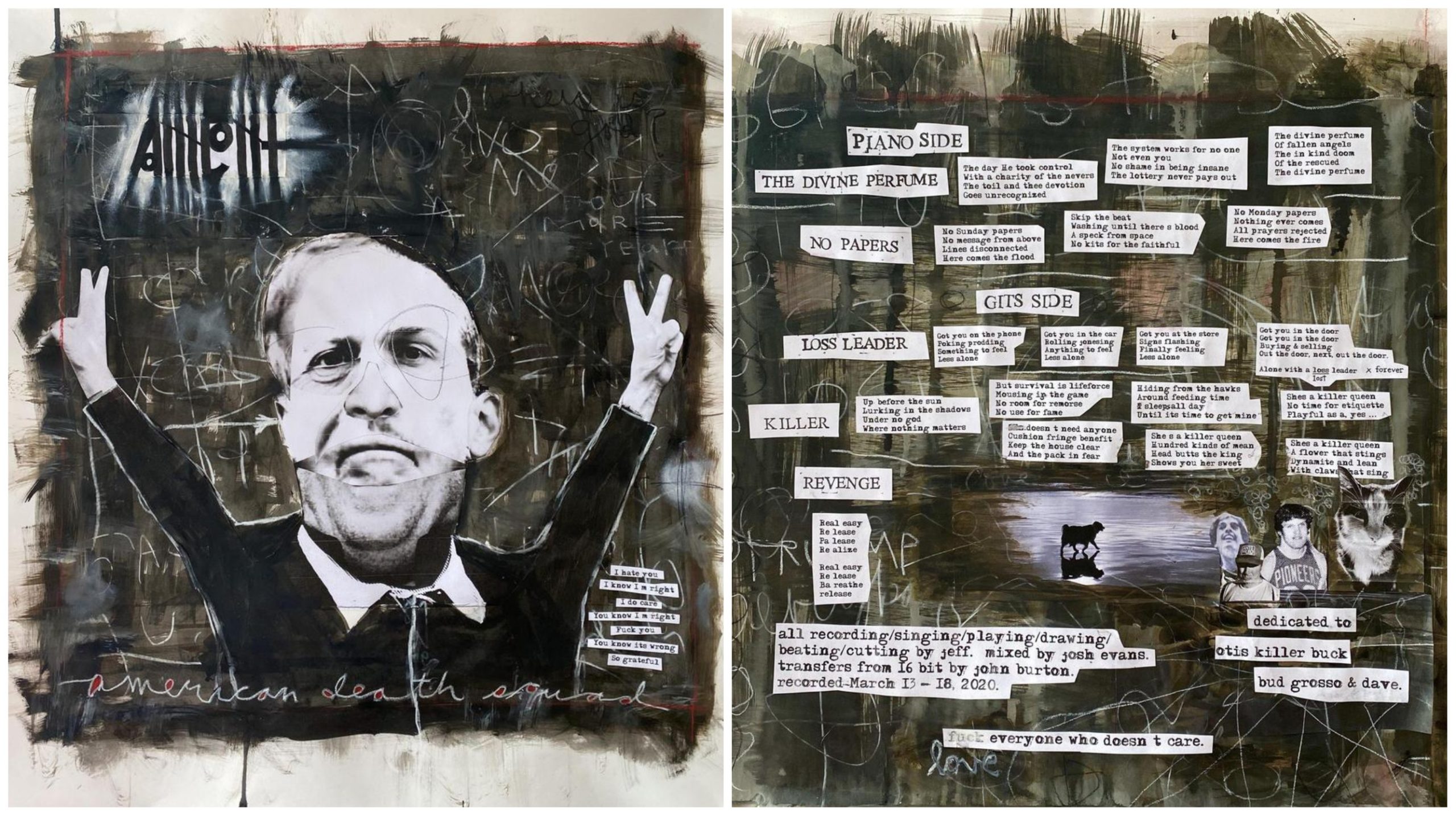 American Death Squad EP was entirely recorded by Jeff Ament (who also created the artwork of the extended play) in just 5 days, from March 13 to March 18, 2020.

American Death Squad EP has been mixed by Josh Evans and transfered from 16 bit by John Burton. It is dedicated to Otis Killer Buck, Bud Grosso and Dave.

The 7″ EP pre-order and digital EP are available now at pearljam.com or you can stream the whole EP below.

“In the days following the postponement of our tour, I found it necessary to find an outlet for the energy we had created going into the tour. Pivot was the word of March. So, every morning, I retreated to the studio with the goal of writing a song every day, no matter how shite.

Days of isolating and watching the news of the destruction courtesy the virus (and the ineptitude of our leadership or as named here, the American Death Squad) made for vivid dreams and a helplessness.

These were some of the first songs out of the gate. Raw and succinct.” – Jeff Ament

… and fuck everyone who doesn’t care.

Piano Side:
1. The Divine Perfume
2. No Papers