Jeff Ament wrote the score for the new TV series Under The Banner Of Heaven. 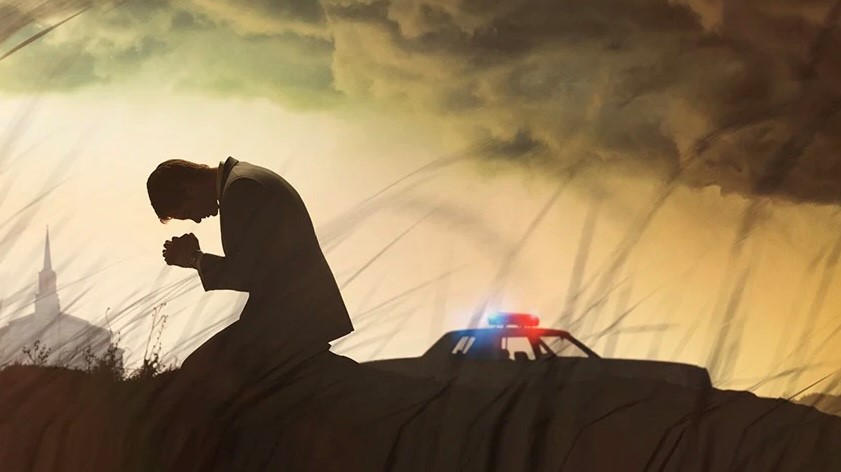 Under The Banner Of Heaven score was written and recorded by Jeff Ament with Josh Klinghoffer (Pluralone, former Chili Peppers guitarist and now Pearl Jam touring band member and Ed Vedder & The Earthlings member) and John Wicks, who with PJ bass player has formed DEAF CHARLIE two years ago, their album should debut during this year. The music was recored and produced by Josh Evans, the producer of Pearl Jam’s Gigaton.

“Since last October, I’ve had the honor of creating music for the new Under the Banner of Heaven series with Josh Klinghoffer and Josh Evans, including some incredible trio days with John Wicks. Jon Krakauer’s book and Lance Black’s personal vision and leadership made this one of the most gratifying projects I’ve ever worked on. Truly epic. Thank you. Thank you.” Jeff Ament wrote on his Instagram.

“Had an absolute blast doing the music for this series. Jeff Ament and Josh Klinghoffer have zero ego and are willing to try anything with no judgement or preciousness. Huge thanks to engineer (and musician) Josh Evans for his huge contribution and making us sound good! This story is dark and it was really fun to be in that atmosphere for a while. Check it out when you can.” John Wicks wrote on his Instagram.

At the moment there is no digital or physical release of the score (almost 300 minutes of music across the seven episodes!) but you can watch Under The Banner Of Heaven trailer below.