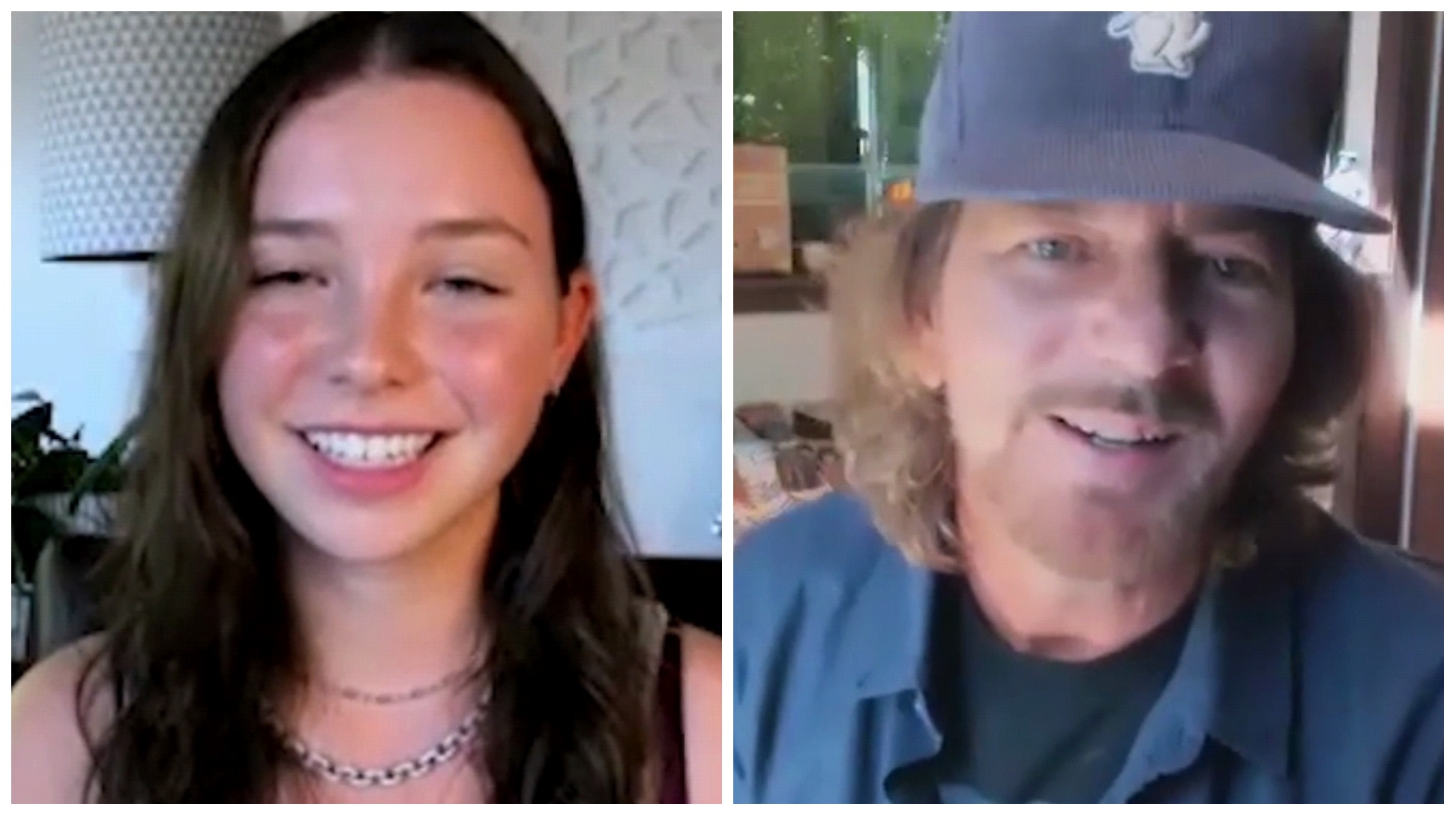 Ed was interviewed by Lily Cornell Silver on her latest episode of IGTV series Mind Wide Open, which explores mental health and works to destigmatize it.

According to Rolling Stone, “I don’t know if I’ve ever been that comfortable giving advice,” Vedder says early in the interview. “I think that I’m good at taking advice. I think that I’m coachable. My advice would be to take advice.”

Vedder learned that Lily was born minutes before Pearl Jam walked onstage at Roskilde in 2000. “It was cold and it was raining” Vedder said of the event in which nine people were trampled to death. “There wasn’t a couch in our trailer. There was just a cooler and a deli tray. We got the news that our good friends Chris and Susan had just had a child. Her name was Lily. We kind of cried some tears of joy. We all gave each other a hug. That was a huge, huge moment. And then we went out with you on our minds — you who we hadn’t even met yet — and we were feeling empowered and emotional. And then maybe 40 minutes into the show these terrible events happened.”

Shortly after the recording of Soundgarden’s Badmotorfinger in 1991, Vedder and Chris Cornell went on an epic nature hike together. “We went swimming in the coldest ice pools and we climbed these green mountains and then onto this rock mountain” said Vedder. “The rocks started crumbling. All of a sudden, we were both just like two Spiderman impersonators hanging onto the side of this thing, not being able to move. Just stuck and 50 feet above the fucking valley floor. We just started laughing almost to tears. The situation was so ridiculous. Nobody knew where we were.”

Michelle Obama’s speech at the DNC was a source of inspiration for Vedder and he’s very optimistic about the future. “With racism and same-sex marriage and so many issues out there, I think in one or two generations it’s not going to be how it’s been” Vedder said. “It feels like the death grip to me of white supremacy. I feel like that’s why it’s so intense right now. In some ways, it could be the last grasp of that stuff.”

He was also inspired by Bruce Springsteen’s 2016 memoir Born to Run. “Bruce talks about depression in his book,” Vedder says. “You watch him onstage and the hold that he has, he’s solid as a mountain. He knows how to make 60,000 people happy. But going home and being happy at home is a tougher thing. He credits not just his wife, but some great therapy. And now he’s a brilliant guy to seek advice from himself.”