Eddie Vedder will perform a series of European shows in June and July.

The tour kicks off on June 9th in Amsterdam and wraps up on July 6th in London. These concert dates include his previously announced headlining slots at Firenze Rocks Festival in Florence and Collisioni Festival in Barolo. Glen Hansard will support Eddie in Florence, Barolo, Lisbon, Madrid, Barcelona, Dusseldorf, and Dublin.

Tickets for all non-festival shows go on sale Friday, March 22 at 10am CET / 9am GMT / 2am PT. Tickets for Firenze Rocks and Wembley Arena (with The Who) are already on sale. Tickets for Collisioni Festival are sold out. 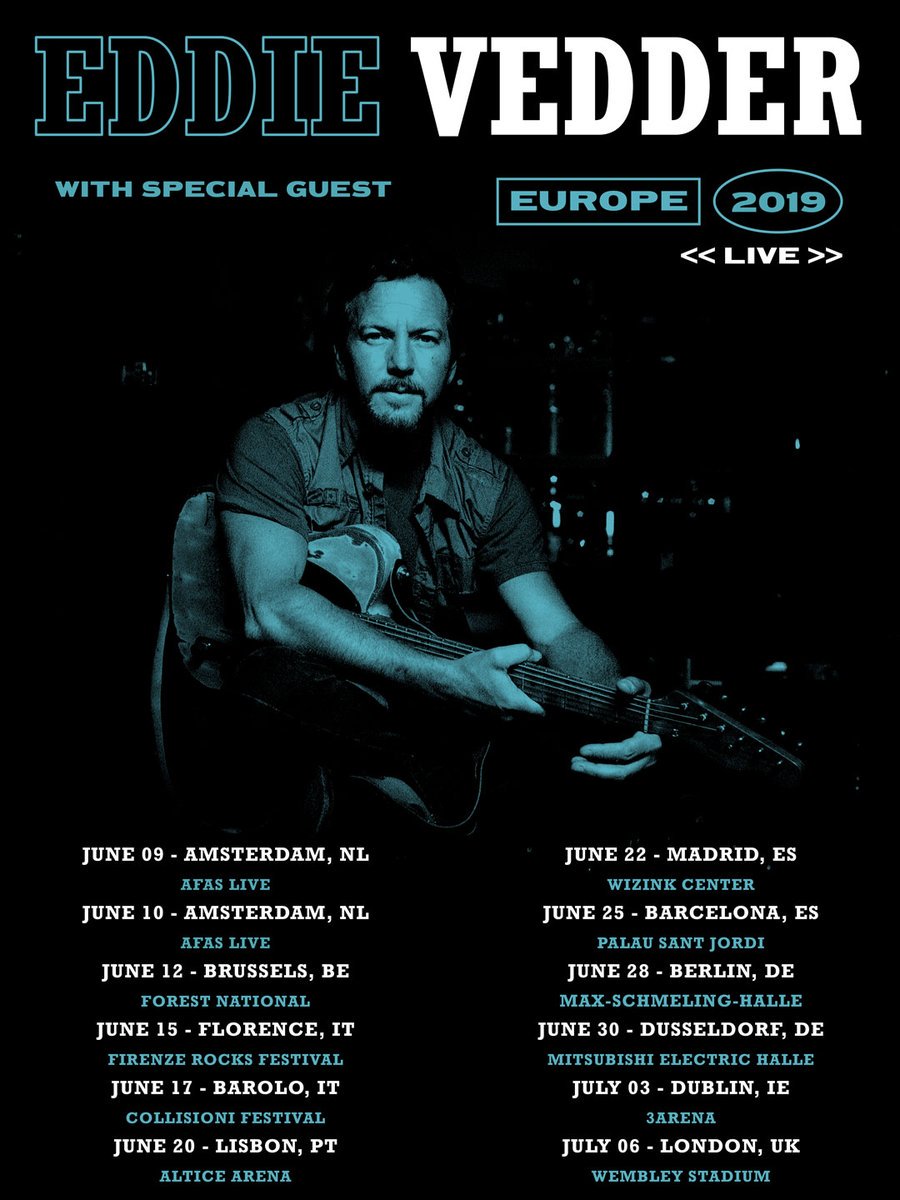