In the past days, Eddie Vedder and the Earthlings revealed some curiosities about Earthling. 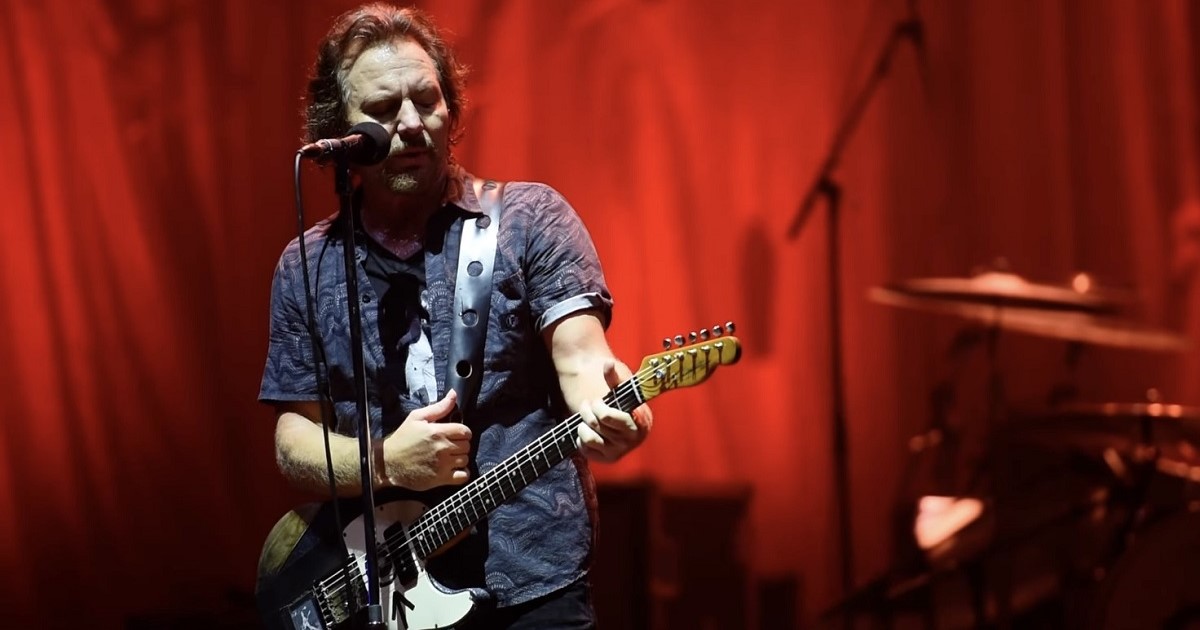 • Invincible was the first song to be written for the record but the lyrics were added only at the very end, the song was instrumental for a long time. On Invincible, Eddie uses words taken from the ICAO aviation alphabet (Oscar Kilo stands for OK, Echo Victor stands for EV, the initials of his name) and the standard of aeronautical radiotelephone broadcasting (Wilco stands for Will Comply, i.e. received and will perform what required).

• Once Eddie Vedder, Andrew Watt, Josh Klinghoffer and Chad Smith completed the song Power Of Right, inspired by the instrumental version of Invincible, they realized they had (the beginning of) a record in their hands.

• Eddie wrote Long Way before meeting Andrew Watt, after they met, they started to work on the song together and changed it. 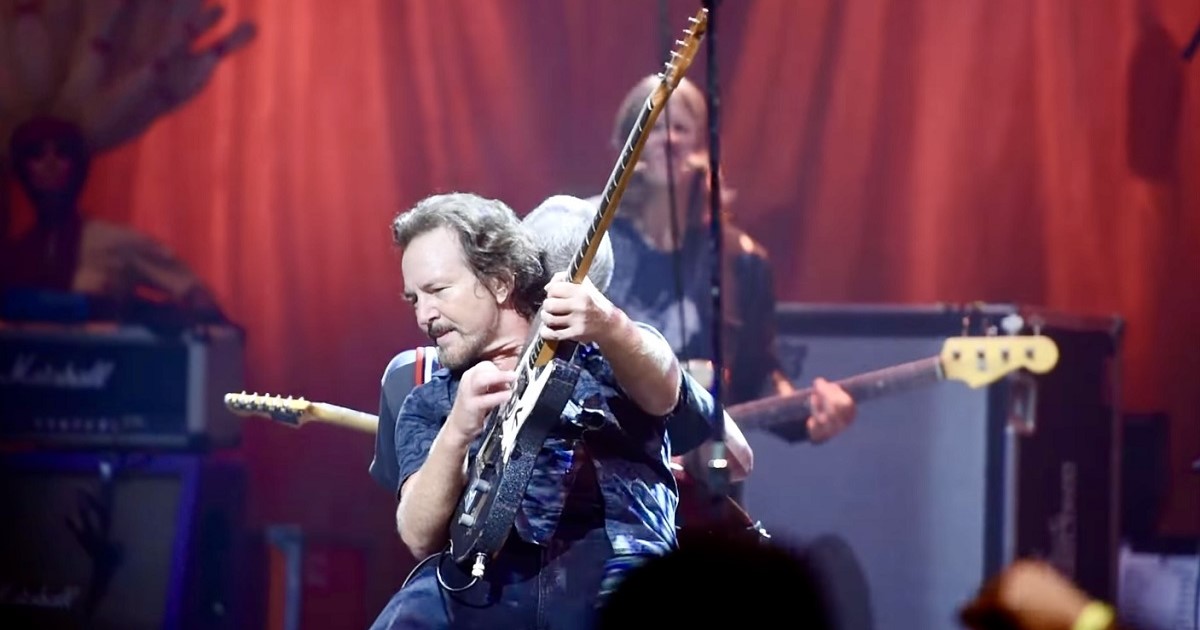 • For Brother The Cloud, Eddie Vedder, Andrew Watt, Josh Klinghoffer and Chad Smith all contributed to the lyrics. The philosophy behind the record was to “Write the music we want to listen to, the music we need.”

• Backing vocals in Fallout Today are by Andrew Watt and Josh Klinghoffer. The guitar solo has been written and played by Andrew Watt.

• Also The Dark lyrics were written by Eddie Vedder, Andrew Watt, Josh Klinghoffer and Chad Smith while almost all the instruments have been played by Watt.

• The Haves was inspired by a homeless couple holding hands in Long Beach. Lyrics were written by Eddie together wit Andrew and Josh.

• Good And Evil, where Eddie plays an ukelin, and Rose Of Jericho are the fastest tracks in Earthling. The second was written in ten minutes and was inspired by the 80’s hardcore band Embrace, whose leader was Ian MacKaye, the future Fugazi singer.

• Rose of Jericho is Andrew Watt’s favorite song from Earthling. He’s the producer and Eddie Vedder’s right-hand man, he also wrote the riff for the song. On Rose of Jericho, Econo is a reference to a verse from a song by the Minutemen. “We jam econo” is a line from the track The Politics of Time, also used in the documentary We Jam Econo: The Story of the Minutemen, in which Mike Watt, in an archive interview from 1985, when the band is asked if they have more to say, replies We jam econo, slang form that stands for “in economy” and describes the band’s attitude to make records and tour low cost.

• Stevie Wonder wrote and performed his harmonica piece after listening to a demo, acoustic version of Try and never listened to the punk version that was recorded for Earthling.

• The drum in the song Picture was played by Abe Laboriel Jr, Paul McCartney’s drummer. The lyrics are inspired by a picture displayed in Springsteen’s living room, it portraits Eddie, his wife Jill, his daughter Olivia together with Patti Scialfa and Jessica (one of Bruce Springsteen’s daughters).

• Mrs. Mills was inspired by the piano Andrew Watt has in his studio. It is a replica of the original Mrs. Mills that is guarded in Abbey Road and has been played by many artists, including Gladys Mills. “That piano is in my studio” Andrew Watt explained, he also added that it has been played by many artists like Elton John, Paul McCartney and Stevie Wonder. Eddie was so impressed by it that he decided to write a song about it.

• Josh Klinghoffer revealed to Billboard how surprised he was when he discovered Eddie Vedder is a big fan of some mid 80’s music, like Peter Gabriel and Big Country.

• Bruce Springsteen was very impressed by the production of this record. Chatting with the Boss, Eddie listed his main inspirations: Jackson 5, Beatles, The Band, Split Enz, Talking Heads, Fugazi, Mudhoney, Sonic Youth and Springsteen himself. The complete interview between Eddie and Bruce is available here: