In 2010, author Jason Leung told his fascinating journey following legendary Seattle rock band Pearl Jam around the world in the book, This All Encompassing Trip. Now ten years later, he is releasing a special hardcover version to celebrate the anniversary. 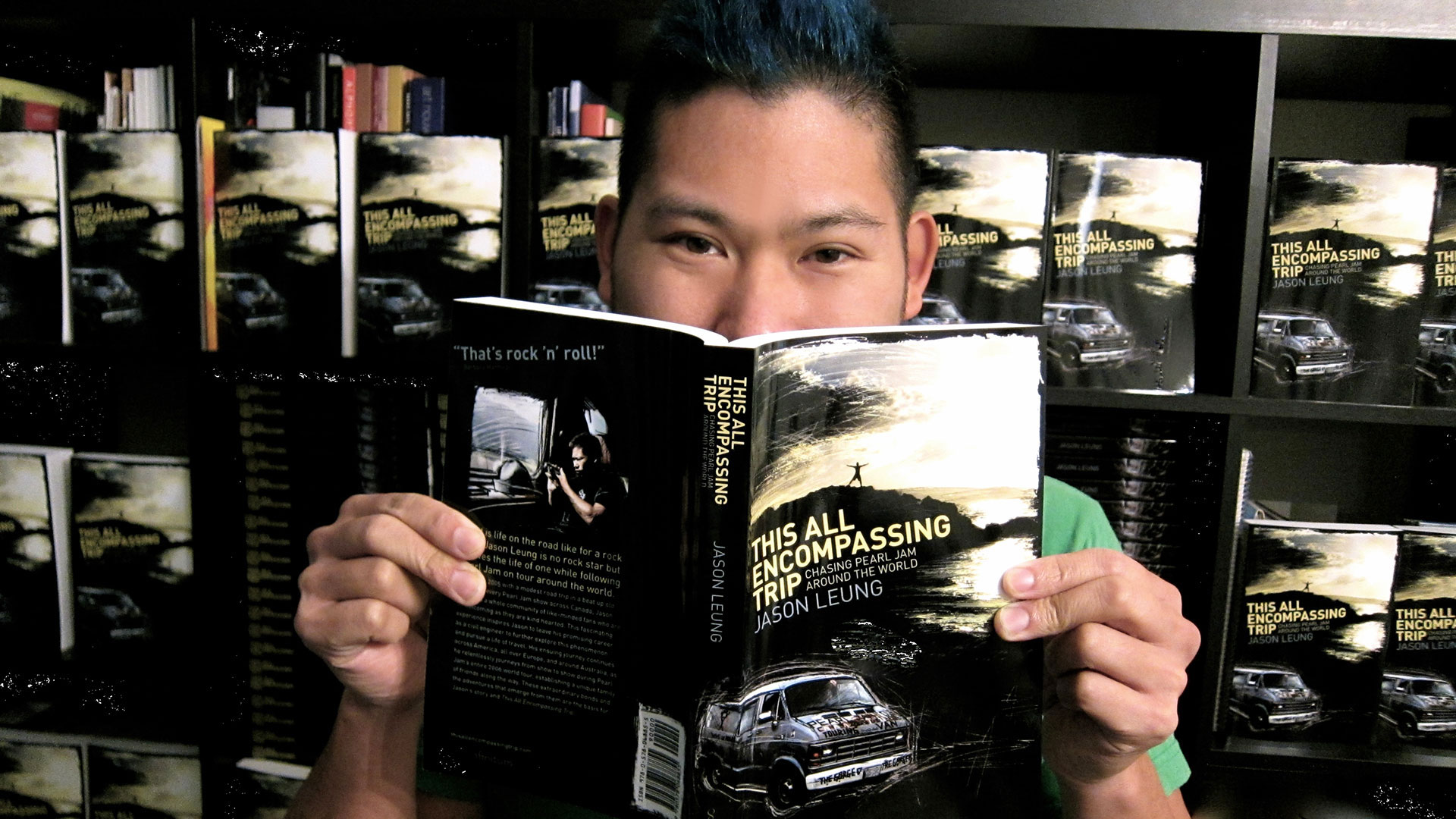 At it’s core, the book is a nonfiction travel novel about a fan who goes to 62 Pearl Jam concerts in 13 countries within the span of a year during the band’s 2005 and 2006 tours through Canada, America, Europe and Australia. But it is the extraordinary familial bonds that he forms with hundreds of fans along the way that actually became the story.

“What a cool story! Thanks for the insight into your world.” explains guitarist Mike McCready from Pearl Jam.

Canadian born Jason Leung, then 25, had quit his job as a civil engineer and construction manager to follow Pearl Jam on tour and explore new opportunities in pursuit of a more fulfilling life. He wanted to share his experiences because it was so positive. Jason says that “it was beyond anything I could have imagined and hope it can inspire others to think outside of the box sometimes.”

Since it’s release, the book has enjoyed many rave reviews from Pearl Jam fans. Jason has made media appearances on Pearl Jam Radio, 99.3 CFOX, CBC, BBC Radio and others, as well as book signing events at Neptoon Records in Vancouver and Easy Street Records in Seattle. There has also been a visible increase in Pearl Jam fans traveling great distances to shows and attending fan gatherings such as the preparty fundraisers held by The Wishlist Foundation.

“Our love, our excitement, our reason, our world, put into words,” proclaims Laura Trafton, executive director of The Wishlist Foundation. “ Jason and the Touring Van are essential to making the Pearl Jam fan community what it is today.”

The new hardcover version of the book features a revised cover design as well as an additional chapter entitled 10 Years Later. This special tenth anniversary edition of This All Encompassing Trip is available worldwide on Amazon along with most online retail outlets.