Luca from pearljamonline.it speaks to The Frames’ Dave Hingerty about the Flag Day Soundtrack (where he appears as a drummer in several songs), his friendship with Glen Hansard and Eddie Vedder, and much more. 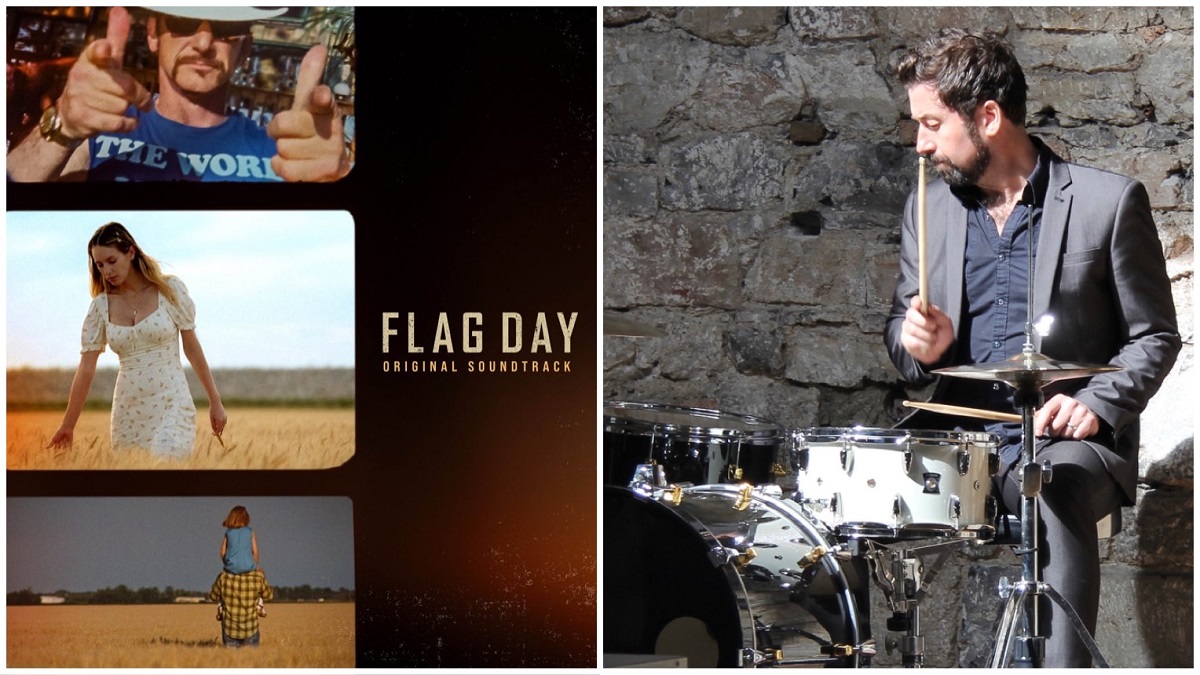 Hi Dave and welcome to PearlJamOnline.it. It is an honor for me to interview you because you have both played on several songs from the amazing Flag Day soundtrack, as well as on my favorite Frames records.

Thank you I’m very lucky to have been encouraged to follow my dream.

Tell us a little about how the Flag Day recordings happened.

Well there is a mixed history between myself and Glen. After falling out at the end of my time in the band The Frames, we have both been enjoying lots of playing time together in recent years again . I had done some Swell Season touring and also have been doing some Glen solo touring and jamming and writing sessions which I have loved. We’re different people now and the respect is stronger than ever. He asked me to come out to where he lives for a day and record for a soundtrack and we set up a mobile studio with David Odlum, fresh from his stints as MD with Spice Girls and Sam Smith. I accidentally spilled a freshly brewed hot tea on Glen’s legendary ‘holey’ acoustic guitar and I felt really awful. It took me about 20 minutes to get the nerve to tell him. Not a great start to the day!

You were at the first recording sessions, which took place at the end of 2019, so before the pandemic. How did they take place? And what changed after that?

The session, as always, was very convivial, but at the same time we worked fast. I wasn’t sure what the tracks were for, as sometimes the exact nature of the project isn’t clear to me with Glen (I probably wasn’t listening properly). On the day, I remember Glen was getting lots of texts from someone called ‘Sean’. He would say that Sean heard the last demo with Eddie and asked if we could do things like slow it down or play it more like the demo or something like that. Who’s Sean, I asked? Who’s Eddie? 😀 I’m such a typical drummer in some ways, daydreaming about buying a new snare or what I’ll put in my next sandwich or something And little did we know the world was about to go into a mad spin. I’m glad I have been able to play my drums and dive into the ocean to keep sane during all the madness that has ensued.

What are your favorite Flag Day songs?

Wave. Absolutely beautiful writing! And I love that the music (and Romy’s transcendental piano playing) is allowed to breathe at the end of the track, like a beautiful red wine.

Mine are Flag Day, Tender Mercies and the Cat Power tracks. The two songs with Olivia are the most surprising. Do you think that if Eddie and Glen took Flag Day songs on tour, you could be called as the band’s drummer?

I would honestly be so proud. I’m already walking around sky high on the buzz of all this excitement. I just bought a sumptuous new Gretsch Brooklyn drum kit that would fit that tour perfectly.

How did you meet Eddie? How was your first meeting?

I never did meet him actually It’s so strange having someone singing loud and clear in your headphones while you play drums, but he’s not actually there… That’s the modern world, I suppose! I do remember Eddie went to a small ‘old mans pub’ in Dalkey Co Dublin where I grew up (I wasn’t raised in a pub, no! 😀 ). Pearl Jam were storming the world at the time, so it was a great buzz having him there drinking Guinness with the locals. I liked him for that sense of ‘Down to Earthness‘.

The Frames are still active after more than thirty years from their birth. Hoping to see you in Italy, are you planning to record something new in the studio? Would be great!

Glen has so many talents and projects and is currently acting and writing with Footsbarn Theatre, in France. It’s hard to keep up with him. I almost wish there were a few Glen Hansards (I did say ‘almost ‘ 😀 ) and that we could spend a spell of time focussing on being a band and writing a new set of songs together and touring it. I’m so ready to do that.

Besides the Frames, you are very active with Side 4 Collective.Tell us about this interesting project.

Side 4 is a unique project where my sometimes unconventional drum patterns are the ‘first point of writing’ for musicians. It’s a difficult challenge. Those invited to the project get the groove folder (get in touch with us if you are a creative musician/ writer and Interested in this) and add their layer / music file and then ‘close it’ or open it for others to collaborate. We have a new fresh batch of brilliant tracks that are nearly ready so please do subscribe to www.Side4collective.com for access to the fascinating writing process and more.

Congratulations again for everything and thanks for this interview. See soon!

THE FRAMES WITH DAVE HINGERTY

Dave Hingerty is an internationally renowned Rock and Roll Drummer, Percussionist, and Master Instructor, and was awarded the prestigious 0 – 1 award by the US government as an alien of extraordinary ability in the arts.

He has played on some of the biggest stages in the world with renowned artists such as Kila, Paul Brady, Bronagh Gallagher, The Frames, The Swell Season, Josh Ritter, Mary Coughlin, and jammed with such luminaries as Chris Martin (Coldplay), Black Francis (The Pixies), Rosanne Cash, The Waterboys, and The Corrs. His studio experience is second to none, having worked with production luminaries such as Steve Albini (Nirvana), Trevor Horn (Grace Jones) and Brian Deck (Modest Mouse).