The Accüsed’s Murder in Montana is now available on limited vinyl, via Pig Records.

“Some of those earlier shows we did were historically noteworthy,” reminisces Tommy Niemeyer, guitarist and founder of the Accüsed. Murder in Missoula LP is 34 minutes of 50-grit sandpaper across your face; it’s rare, unearthed audio documentation with a raw, unedited, genuine appeal. Pearl Jam’s Jeff Ament took care of the album production, recorded in 1983.

“The Accüsed were one of my favorite NW hardcore bands and some of my first friends in Seattle. That said, I have no idea what this sounds like as I haven’t ever heard it. ‘Recorded by’ probably means two mics to a cassette recorder. Long live Martha Splatterhead!” – Jeff Diction (AKA Jeff Ament) 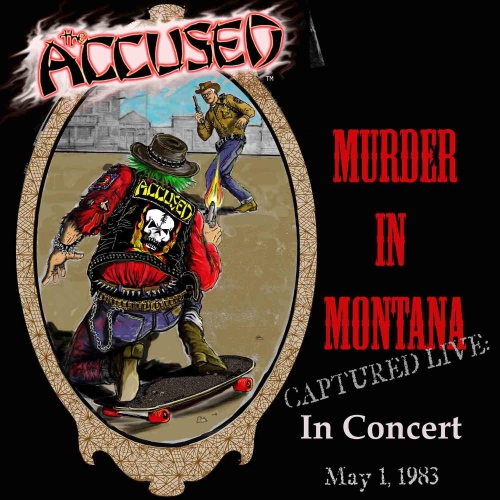 The Accüsed
Murder in Montana
Captured Live In Concert May 1, 1983